I remember when I used to be excited and proud when I went to vote. Now I’m angry and mistrustful of the whole process. 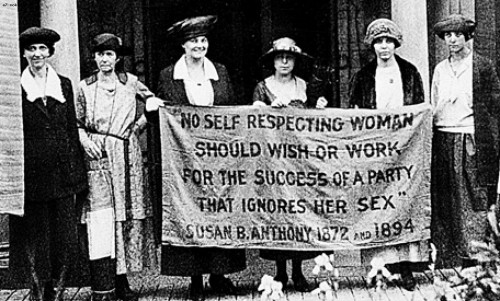 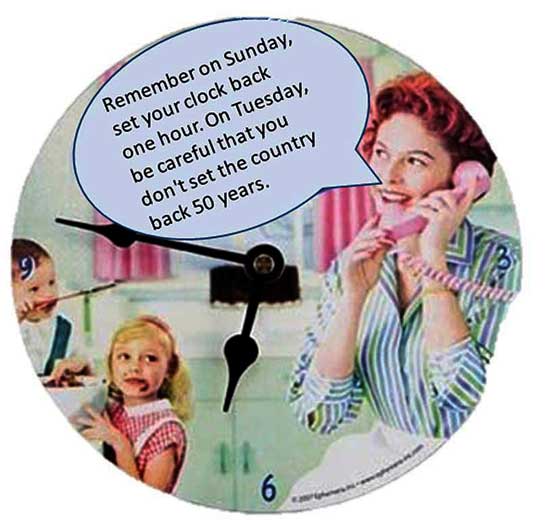 Remember way back in the election frenzy that meme going around about donating to Planned Parenthood in Sarah Palin’s name?

I just got a letter from Planned Parenthood today:

In response to the anonymous email message circulated back in September during the presidential campaign, urging people to donate to Planned Parenthood in honor of Gov. Sarah Palin, Planned Parenthood (nationally) has received about $1 million from 40,000 donors. Locally we received over 275 gifts totaling close to $5000! Thank you so much for supporting Planned Parenthood!

A positive aspect of the Bush legacy

The international community now has a potent new motivating tool to dissuade world leaders from engaging in tyranny and aggression — tell them they’ll be like George Bush if they do it:

Nicolas Sarkozy saved the President of Georgia from being hanged “by the balls” — a threat made last summer by Vladimir Putin, according to an account that emerged yesterday from the Elysee Palace. . . .

The Russian seemed unconcerned by international reaction. “I am going to hang Saakashvili by the balls,” Mr Putin declared.

Mr Sarkozy thought he had misheard. “Hang him?” — he asked.

“Why not?” Mr Putin replied. “The Americans hanged Saddam Hussein.”

Mr Sarkozy, using the familiar tu, tried to reason with him: “Yes but do you want to end up like [President] Bush?”

Mr Putin was briefly lost for words, then said: “Ah — you have scored a point there.”

So. It’s Day 5 of NaBloPoMo and already I’m at a loss for something to post. I’m gonna blame it on having class today and not getting home until late afternoon, and on being up way too late last night. :D

You know, lots of times I think “hey, I should post about that” but then I never remember to actually do it. I ought to make notes or something. It’s not like I don’t have nifty gadgets to do it with.

Rob’s birthday was today, so he wanted Thai. He’s also off the rest of the week, so we might go to the zoo tomorrow. If it’s nice, and also if Pandora eats ok. She’s been… iffy on eating. She’ll eat fine one day, and refuse food the next. She looks fragile and slightly scruffy – and we’ve been in to the vet several times. I hope she’s going to be ok – she’s pushing 15, and hasn’t been in the best of health.

So, I’m kind of the non-moderator for a political email list that’s been around since 1994. It’s called NoRules, which means I don’t actually “moderate” it at all, it’s just that I’m the one that finally bitched and nagged enough to get them moved off of “reply to all” onto what finally wound up as Yahoo Groups. It used to be a really good group – interesting, lively, and informative. Now – well, it’s not as bad as a YouTube comment thread, but it’s all the same the same the same – I could pop in there any time and it’s the same stuff from the same people and it’s usually just crap. I only mention it because I made the mistake of reading a couple of emails tonight. Someone forwarded the Michelle Obama/Lobster thing tonight. //shakes head// That’ll teach me to look at it.

I’m sitting here at the computer and Fred is wedged between my back and the back of the chair, with her front legs just draped over the arm of the chair and her head hanging over it. She tends to reach for things on the desk, so I have to keep moving them out of the way. Every once in a while I reach around and scritch her belly, which is really all I can reach, and she purrs.

It’s late, and soon George will come in here and meep at me. They are quite certain about when I should go to bed.

Well, there’s 400+ words about nothing interesting at all!

This is the first election in a long time that I haven’t felt only resignation when casting my ballot. I hope that there’s a decisive result tonight.

I’m hearing some people say “get rid of the electoral college” – I don’t think that’s necessarily a good idea. Here’s what I would say, if I got to make the rules:

Now back to chewing fingernails…

Attention US type people: If you haven’t voted already, please go do it tomorrow. It’s your last chance.

In the hours before Election Day, as inevitable as winter, comes an onslaught of dirty tricks

Dear Sarah
A message to Sarah Palin from the young women of America.
http://www.youtube.com/watch?v=0XRee3xcMG8

I am Joe Six-Pack. I am not who they think that they are talking to. Are you?

Most amazing piece of writing I’ve seen in a long time.

Please to be excusing the following burst of profanity:

Fuck you HOA, and your compulsory display of false patriotism with your fucking Made in China plastic “American” flags. Just, fuck you. Not in MY front yard, you don’t.