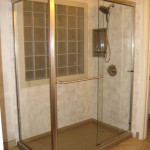 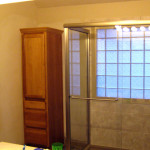 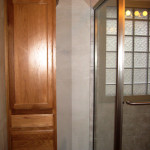 Except for actual painting, which we will have to do (assuming a color scheme can be agreed on) the bathroom remodel is done! They finished up the new cabinet on Wednesday Jan 2, which was calendar day 7, but it was actually done in only 5 work days. Not bad! And (unlike Fox) the city inspection(s) are already complete.

We ended up going with ReBath; we think they did a great job. If/when we do the other bathrooms we’ll be most likely using them again.

Apart from having to wake up at 6:00am (Six! In the MORNING!) and keeping the cats locked up, it’s gone pretty smoothly so far. If it continues to go well, the bathroom should be fully functional by tomorrow night, and done on Wednesday. Of course, then we’ll have to paint. Ergh. 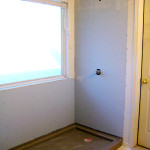 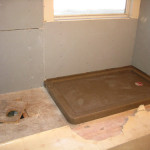 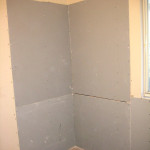 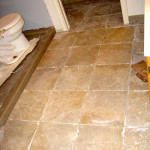 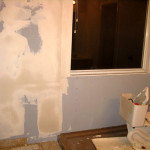 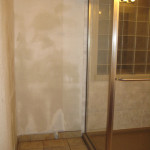 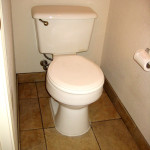 Although I’m counting today as “day 5”, it’s really only 4 days because of Sunday. They won’t be out on the first, of course, but the cabinet should be installed on Wednesday. Not bad at all!

Since it was the End Of The World and all, we decided that we should do a bathroom remodel! Well, actually, it was because the shower stall developed a pretty good sized crack and we figured we had to do something about it before any serious water damage ocurred.

Technically, it’s only a half-bathroom remodel, because all we’re going to do is rip out the shower and tub, to replace them with a fancy improved shower and a storage cabinet. Also, the crappy linoleum and carpet (Carpet! In a bathroom!) is going to be ripped out and replaced with tile. We aren’t doing anything to the vanity sinks and cabinets. Maybe later.

Anyhow, we got this all set up and ready to go for 12/26 – when we get a call from the bathroom guys saying that they couldn’t get started because there was still a permit open on our house. An expired permit – from when we replaced the HVAC system… TWO YEARS ago. Apparently, Fox Service Company never actually had the city inspection done on it. In 2010.

Well, that got mostly straightened out – the permit has been “renewed” and Fox is (supposedly) going to get an actual inspection done on the two year old HVAC system Real Soon Now. Whatever, we haven’t been killed by it yet, and at least the remodel can go on: which it has, starting only a day late. I call that pretty much a win.

Yesterday was day 1: Here’s some pics. 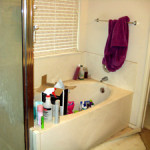 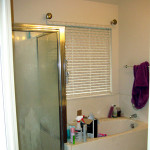 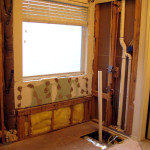 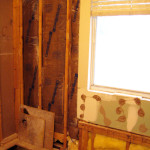 First part of their inspection is done, and they’re back again for the next stage. So far, so good!